Between cutting down the old-growth cypress forests of the Mississippi Delta, the clear-cutting of the coastal long-leaf pine forest, and the cutting and then conversion of the beech-magnolia climax forest to the monocropping of pine trees for the paper and wood industry… there is not much left to speak of when it comes to intact forests in Mississippi.  Most of the lumber exploitation in this region was carried out between the late 1800s and early 1900s.

Most people born in the 1930s did not know what this land had looked like for hundreds of years prior to that point in time… they were born into totally cleared land.  I think it took about 60 years to completely destroy a once well-managed, complex, diverse ecosystem.

They say that where indigenous people are on the planet, that these places are where there is the most biodiversity.  I believe it.

People who are not connected to a place, whose language and sense of identity are not dependent on it, will typically decimate a place.  They don’t understand it.  They can’t relate to it.

There are shreds of the former terrain left in Mississippi, much of it is still recovering from the lumber exploitation.  And yet, much of it is still clear-cut, over and over, never given a chance to recover.  This causes loss of biodiversity, soil erosion, silt build-up in creeks and rivers (causing fresh-water muscles, amphibians, and fish many problems with laying eggs and reproduction), and degradation of soil quality and health.

To be honest, it causes great harm to the human spirit.

I can’t help but think that there were some who must have spoken out against the decimation of the forests.  There must have been some, even without a context in their former European homes (as those forests were clear-cut, largely, make coal), who knew they were losing something precious. 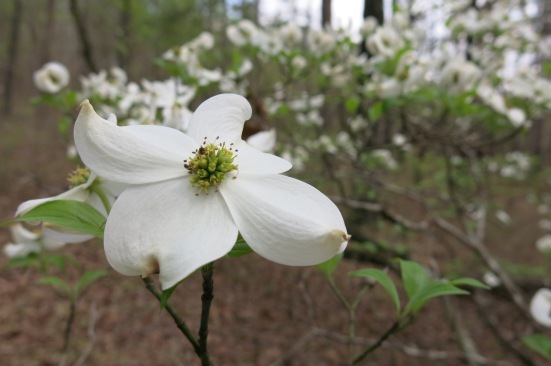 I’ve been back in Mississippi for the past four years.  I seek out places that are still protected and vital.  It’s like sifting through aisles and aisles of so-called “food” at a grocery store trying to find something with substance and flavor.

These places are largely forgotten in Mississippi.

I try to find these places and I go to them knowing they will always teach me something.  Each time of year offers up something different.  The forest teaches me that nature has its own type of order.  With the right conditions, it finds its natural next step… mushrooms flush on a log… birds lay their eggs in tidy nests… the azaleas bloom again… the water gets higher with the spring rains…

It all tastes of something right. 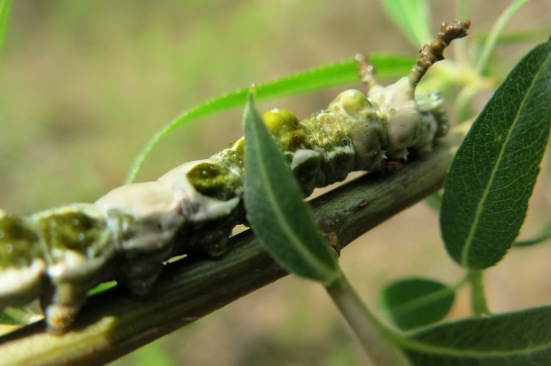 A caterpillar spotted in a black willow tree (Salix nigra)

I do think that the scarcity mind that has fashioned our current economic system does not, at all, understand the richness of an intact forest or ecosystem.  I just don’t think this kind of mind understands.  And, I don’t know what it will take for a shift to happen.

How disconnected do we have to become from the earth and our own bodies… how alone do we have to feel… before we begin to engage with the living planet again?

I wonder how places like these can be so rare and hard to find?  All the while, knowing that there used to be miles and miles of old-growth forests across this state and this country.

Where has it gone?  And, what has been left behind?

Promethea moth that was drying its wings after just dropping from its cocoon.

Maybe there is a doorway opening right now, though?  I read in the news that a river in New Zealand was given the same rights as a person, meaning it can represent itself in the court of law.  A week later, a two rivers in India followed suit.  The Rights of Nature movement is building.

What will it be like when industries and corporate entities have to face a lawsuit from a river they polluted?  If corporations have the same rights as a person, elements of our ecosystem should be given those rights as well.  It’s only fair.

For the voiceless, we have to learn to speak for them.  But first, we need to go into the forest or the prairie or the desert or the wetland… and sit, and wait, and listen.

(Images from Noxubee Hills in the Tombigbee National Forest, Mississippi)