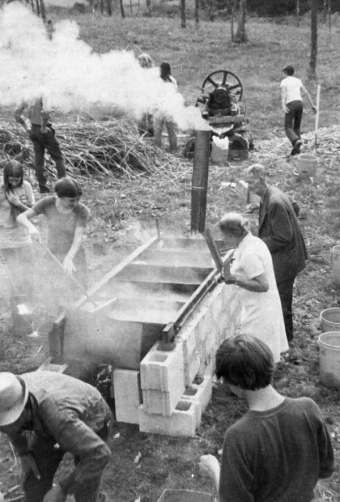 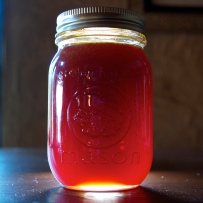 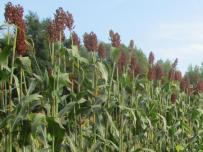 I was inspired to create this recipe while working at a silent, contemplate (vegetarian) retreat center.  I was the breakfast cook.  Well, actually I was the Retreat Manager but breakfast was part of my tasks on our 4-person staff.

Since, I was in Appalachia, I explored local ingredients.  So, of course, I began to consider ways to use sorghum.  There are many folks that still press and cook-down sorghum in the mountains…less so, in the lowlands of the Deep South.

The process and tradition of making sorghum goes way back in that region, though.  Check out Muddy Pond Sorghum in Alabama.  It was introduced by the slave population from West Africa where sorghum was used for a fermented drink, mostly.

Sorghum season is in the early Fall (early September and late October) in the mountains and lowlands.  My stepfather’s grandfather actually pressed and cooked sorghum for the community.  He was a blacksmith by trade, but also processed sorghum for a living in Noxapater, MS.

Brew both bags of tea in hot water. Mash bananas.

In a separate bowl mix all wet ingredients. Add wet mix to the dry mix and stir lightly.

Spoon into muffin tray. Bake at 375 degrees for 25 minutes or until toothpick comes out clean. Makes 9-10 good sized muffins.